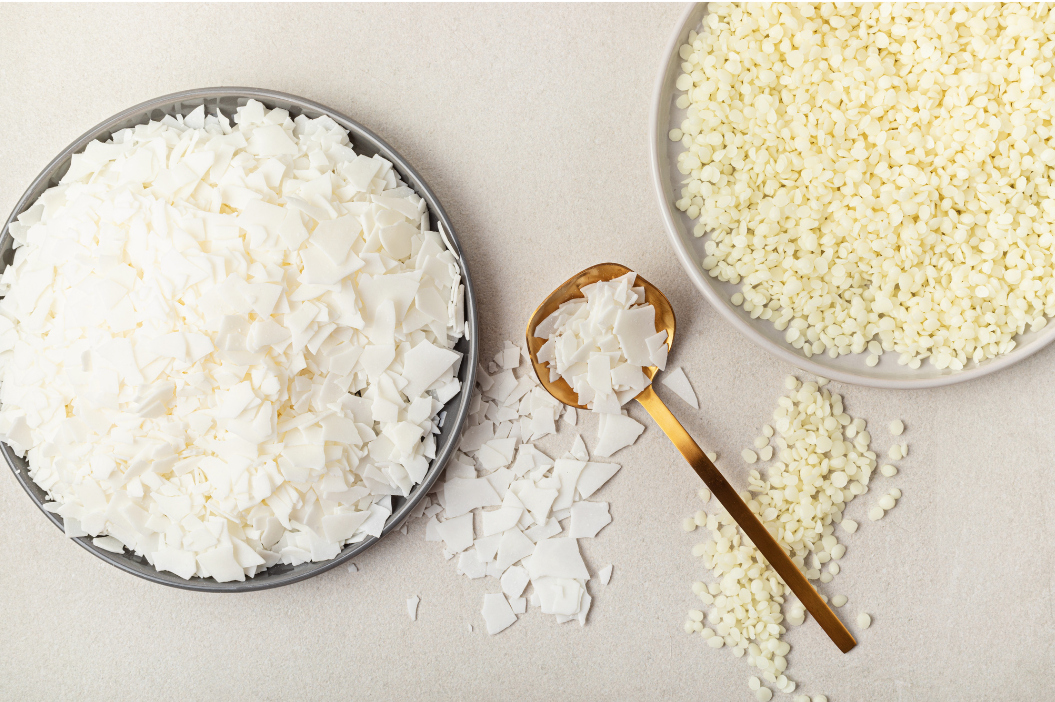 As most people know, the candles used in our homes are made of three main components, wax, wicks, and fragrance (for scented candles). While some manufacturers will use additives to obtain their desired density, burn times, appearance, scent throws, etc., it is essential to understand the fundamentals of candles so that we can make educated purchasing decisions when considering our health.

Most candles within the home fragrance industry contain paraffin wax, a petroleum waste product. Recently, there has been much debate about whether paraffin wax releases potentially harmful toxins into consumer’s homes. While there is no clear answer, many candle companies alternatively use beeswax, soy wax, coconut wax, or palm wax, as these are mostly natural, biodegradable, and sustainable.

One study done in 2009, conducted by Dr. Ruhullah Massoudi of SC State University, showed that paraffin wax, a by-product of making gasoline, releases undesired chemicals including alkanes, alkenes, and toluene, which are all potentially harmful to our health. According to the study, for people who light candles every day for years, inhaling these dangerous pollutants could play a part in the development of health risks such as cancer, allergies, and asthma. The study also tested soy wax candles and found that they did not produce toxic chemicals. While the study discusses the effects of paraffin wax, it is important to note that it was never published in a peer-review journal and that both the National Candle Association and European Candle Association have questioned the reliability of the study.

A 2007 study conducted by the European Candle Association found that of 300 different toxic chemicals tested for, none of them were emitted by any wax at a level that would be a detriment to human health.

Overall, the debate about wax types and the different effects that they may have on human health remains unclear. Still, many people are proponents of soy wax because while paraffin wax may more often than not have a stronger scent throw, soy wax candles are considered more environmentally friendly, slower burning, and emit less black soot while burning.

While there is not much regulation on candles and candle-making in general, the U.S Consumer Product Safety Commission voted to ban the sale and manufacture of candles made with lead wicks in 2003.

Candle wicks in the United States do not currently contain lead, due to the concern that the fumes could cause lead poisoning. Most manufacturers now use wicks made with zinc cores, specially treated paper, wood, and/or cotton.

While lead is a highly toxic chemical and should not have ever been used in candles in the first place, there is still debate about what toxic chemicals could still be in candles that are currently on the market.

This debate about toxins leads us to the next ingredient in candles and arguably the most important, the fragrance. 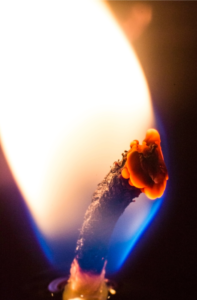 Fragrance found within candles is typically not focused on enough.

Because there is not much regulation on candle labeling in terms of the specifics of fragrances and because fragrance blends are often considered proprietary, it is difficult for consumers to make educated decisions on the candles they purchase. Listing the word “fragrance” on product labels is often ambiguous and does not leave the consumer with much information.

Fragrances can be composed of different ingredients such as essential oils, aroma chemicals, solvents, and diluents. Essential oils are pure liquids removed from seeds, flowers, leaves, stems, or roots of plants through distillation, expression, or extraction. These are often used in perfumes, flavorings, and medicines. Aroma chemicals go beyond what is available in essential oils. Aroma chemicals are synthetic and are used to create scents such as Cupcake or Chocolate Fudge. Solvents are dissolving agents, and diluents are used to dilute substances. Solvents turn aroma chemicals from powder to liquid and help fragrances burn more efficiently, blend better, have a better scent throw while smelling for more extended periods. Diluents are used in highly concentrated essential oils to adjust the density of the fragrance oil so that it can blend better with wax and burn better in candles.

As previously stated, most manufacturers will not share the exact ingredients contained within their fragrances as they are often proprietary. It is also important to note that, although naturally derived, essential oils are not always the safest choice as they are not regulated. The strong odors that they emit may contain volatile organic compounds or VOCs, which are chemical gases that can worsen air quality and cause health issues.

Fragrances also often contain phthalates, which have been banned in toys and children’s products in the Consumer Product Safety Improvement Act of 2008. Researchers have linked phthalates to asthma, ADHD, breast cancer, Type II diabetes, neurodevelopmental issues, behavioral issues, and damage to the liver, kidneys, and lungs, as well as other serious health concerns.

Phthalates are chemicals often used in the manufacturing of plastics for flexibility and durability. Phthalates are used in making fragrance oils to dissolve raw materials and are used in many household, pharmaceutical, and industrial products. Phthalates used in cosmetic applications are dibutyl phthalate (DBP), dimethyl phthalate (DMP), and diethyl phthalate (DEP). Specifically, DEP is still commonly used in fragrance as solvents to dissolve raw materials or to increase the hot throw of scent when used in soy wax. As more and more research is being done on the effects of phthalates on human health, it has been found that phthalates are endocrine disruptors, increase the risk of breast cancer, and lead to fertility issues.

Rather than focusing on specific ingredients found within candles, it is important to shop wisely. Choosing the “healthiest” candles means looking for manufacturers who use fragrance oils that are free from carcinogens, toxins, and hazardous chemicals. If candle makers use safe ingredients, they will most likely label their candles as phthalate-free, carcinogen-free, mutagen-free, toxic-free, and free of ingredients found on California’s Prop 65.

Air Fresheners: Choose Safe Ingredients for You and the Environment

Vegan & Cruelty-Free Candles: What Does That Mean Exactly?

Phthalates: What They Are, Where They Are Found, and Why We Should Care

Our mission is to make every home an inviting atmosphere in which people enjoy room-filling fragrances that are as natural as possible.

Get 15% off when you sign up for our newsletter. We'll keep you updated on new product launches, promotions, and more.
Opt-out at any time*

Free Shipping on all orders over $50! Use Code FREESHIP Dismiss